The Crew is Busy at Work 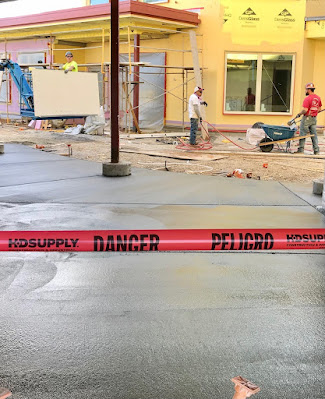 Fresh concrete is being poured at the Center of Hope this week.  Some of the cement in the courtyard has been put in place in preparation for the installation of the elevator later this month. 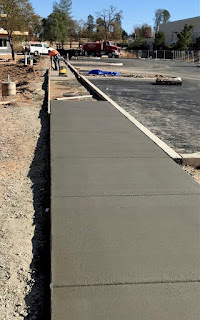 Sidewalks are also going in adjacent to the asphalt roadway that was installed last week. 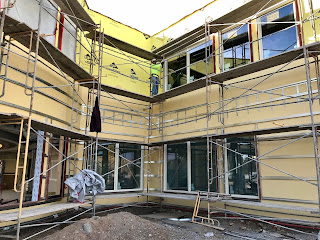 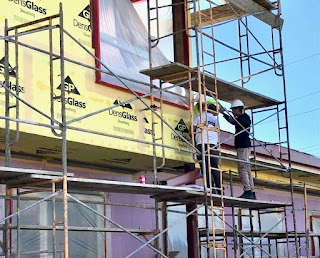 Scaffolding has been set up all around the exterior of the building as the crew works on the various layers of the siding. 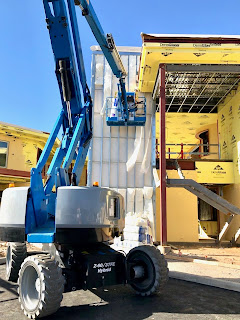 In some locations it's easier to bring in a boom lift to work, as opposed to using scaffolding.  In this photo a crew member is installing insulation around the elevator shaft. 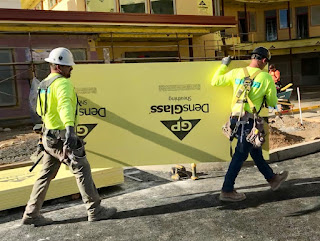 Once the insulation is in place the crew seals it in with the fiberglass siding.  In this photo two of the crew carry a 4'x8' sheet of the siding. 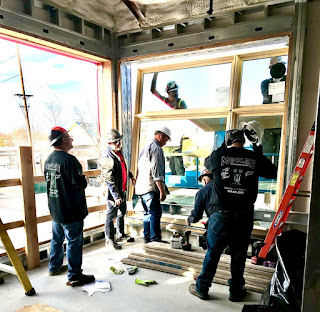 A wall sized window is being installed in an important office on the second floor of the building.
How many men does it take to install a huge window?
Seven appears to be the right answer. 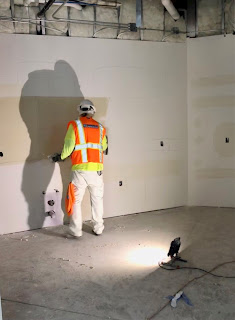 Down on the first floor, a lone crew member works on the drywall in the staff kitchen.  He's sanding the wall down to remove imperfections and create a smooth surface. 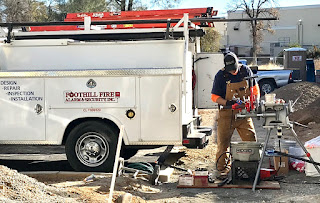 The fire sprinklers are being installed by the crew from Foothill Fire Alarm & Security, Inc. 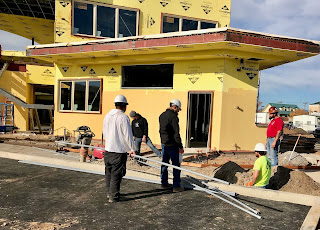 One person oversees all of the different trades on the job site and he is called upon when there are questions.  Jackson, the Construction Superintendent for Slater & Son Construction, is seen here in black at the center of the photo.  Jackson knows the plans for the building better than anyone so he is the "go to" person when the crew needs to know exactly what is to be done. 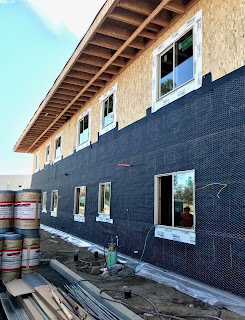 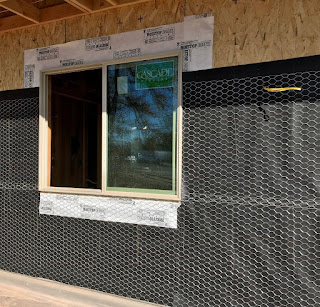 The crew is working on the housing unit's exterior.  The paper and wire layer of the stucco siding is being installed. 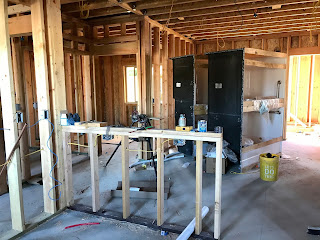 Framing is complete on the interior of the housing unit and the crew is now roughing in the utilities.  This photo was taken from the kitchen inside one of the four bedroom/two bath units in the building.  The shower enclosures for the bathrooms are currently being stored in the unit's living room.  To the left in this photo is one of the bedrooms and the front door is to the right. 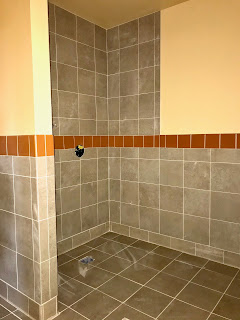 Back in the clinic, the crew has finished the tile in one of the restrooms in the Medical wing.  Now the fixtures can be installed. 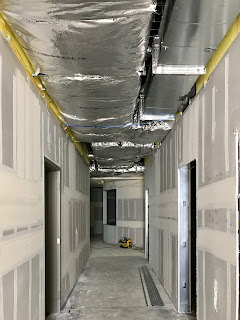 Progress continues inside the first floor hallways.  The HVAC ducts are well insulated and the drywall is being prepped for paint.
All that's missing is the ceiling, lights, paint, flooring, doors, signage and... and.... and.....
oh, yeah... STAFF & PATIENTS!
Be patient, we've only got about four more months until the Center of Hope is ready!
Labels: Center of Hope concrete Foothill Fire Framing Housing Jackson Medical Wing siding Slater & Son 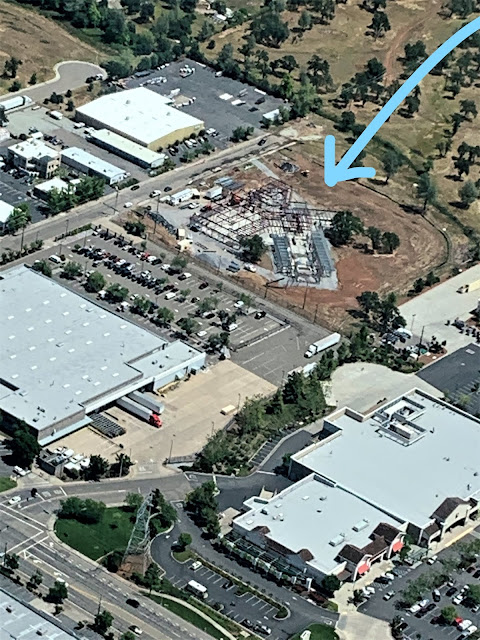 A View From Above

Progress Photos From This Week